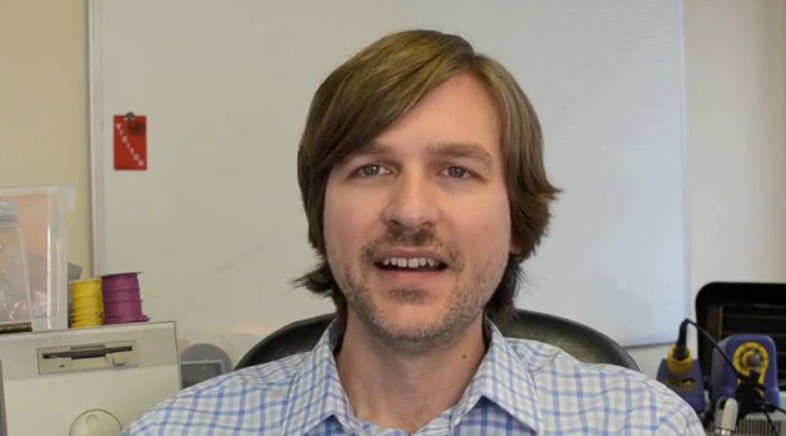 For more info, check out Great Scott Gadgets or Michael’s Blog. He’s also on twitter under the handle @MichaelOssmann.

And in an Amp Hour first, Michael wrote in with even more…stuff he forgot to mention, links and answers to questions on the subreddit that weren’t fully answered! Wow!

Here are a few things from the “How did I talk for over an hour and not
mention that?” department that might be good to include in the show
notes:

The person who has published some information about using HackRF with
Remote Keyless Entry systems is dragorn (who introduced me to Chris):
http://blog.kismetwireless.net/2013/08/playing-with-hackrf-keyfobs.html

One of the more exciting aspects of the HackRF Project was that I gave
away 500 Jawbreakers for beta testing. As far as I know, this was the
largest ever give-away of open source hardware:
http://ossmann.blogspot.com/2013/05/giving-away-hackrf.html

I’m adapting my two day SDR class into a free online video series. It
will consist primarily of lectures with a whiteboard and demonstrations
and exercises using GNU Radio Companion:
http://www.kickstarter.com/projects/mossmann/hackrf-an-open-source-sdr-platform/posts/563588

At this point it is very safe to say that HackRF will be available for
sale post-Kickstarter. If people want to be notified about this and
other Great Scott Gadgets happenings, they can sign up for the
GSG-announce mailing list:
http://four.pairlist.net/mailman/listinfo/gsg-announce
And here are some answers to questions I see on reddit that we didn’t
get to:

oojingoo asked about tracking Bluetooth devices “idle in one’s pocket”
with Ubertooth: The primary use of Ubertooth One is passive monitoring
of Bluetooth communications. If a Bluetooth device is idle and is not
currently connected to any paired device, it may be totally silent such
that an Ubertooth One would not detect any packets. Such a device may
(as long as its Bluetooth function isn’t switched off) periodically
attempt to contact paired devices to see if they are available, and
those connection attempts are observable with Ubertooth. More about
tracking people with Ubertooth can be found on the Ubertooth blog:
http://ubertooth.blogspot.com/2012/11/so-you-want-to-track-people-with.html

itdnhr asked about HackRF support in software other than GNU Radio: My
primary software goal for HackRF is to maintain strong support in GNU
Radio. Beyond that, we maintain libhackrf, a cross-platform software
library that anyone can use to add HackRF support to their software.

A few people asked about the future of Great Scott Gadgets and HackRF: I
see HackRF being an active project in something like its current form
for a long time to come. One of the potential uses for Daisho beyond
wired communication applications is SDR. We don’t have any Daisho
front-end modules for SDR yet, but we probably will eventually. In
particular I’m interested in being able to do SDR with much higher RF
bandwidth (100 MHz or more) than we can achieve with USB 2.0. So I’ll
likely have some USB 3.0 SDR stuff based on Daisho, and HackRF will
remain the lower cost, more portable, USB 2.0 solution.

codebudo asked if HackRF can be used for ham radio: Certainly. Several
of the HackRF beta testers already use HackRF for operation in various
amateur bands. It is very easy to use HackRF for receiving such
transmissions with software like Gqrx or SDR#. HackRF can transmit too,
but you’ll likely need external amplification and filtering as we
discussed on the show.

drabanus asked about HackRF applications including the possibility of
measuring distance with a moon bounce: Wow! It would be so cool if
someone did a moon bounce with HackRF! You would probably need some
large antennas and external amplification and filtering to do it. One
of the things I find so exciting about HackRF is that people can use it
for things I never even imagined. It has already been used to receive
weather satellite images, track automotive tire pressure monitors
(TPMS), experiment with remote keyless entry system security, monitor
GSM communications, listen to wireless microphone transmissions, control
radio controlled toys, and more.