And welcome people who don’t normally listen to the show; if you came to hear Jeri, you won’t be disappointed! (until you hear Dave and Chris). Regardless, if you like what you hear and have interest in electronics (making them, not just using them), you can subscribe to our RSS feed or through our iTunes Podcast Feed.

For those interested, there is also now a transcript available for episode 147 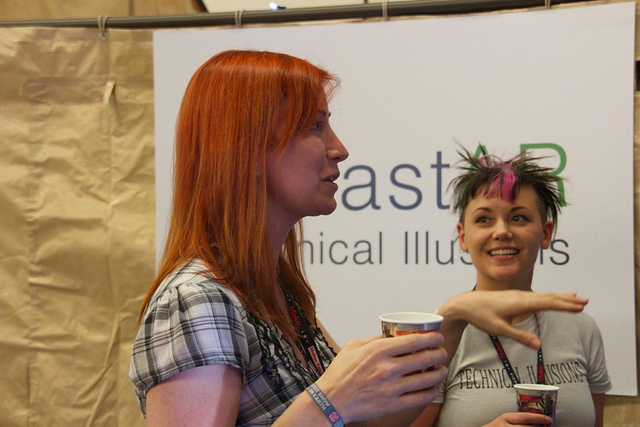 Today’s episode was sponsored by element14. Check out their community support, product info and ways to purchase a wide range of popular dev boards, including Raspberry Pi and BeagleBone Black.

Photos of Jeri and the Technical Illusions team by Alvaro Prieto, friend of the show and great photographer!