You are here: Home / Guest Appearance / #115 – An Interview with Dr Greg Charvat – Watcher of Wraithlike Walls 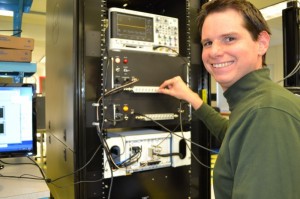 If you’re an FPGA enthusiast, looking for a new gig, send Greg an email with some examples of your past work.

In the event you’re not looking for a new gig, check out Greg’s site or catch him on Twitter.

Many thanks to Greg for stopping by and chatting. One of our best guests ever!