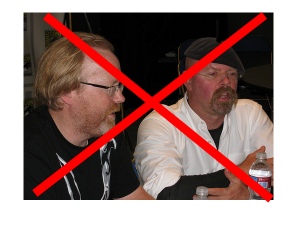 That’s all for this week. We promise not to pull any more legs until next April 1! Thanks for playing along!

Picture used and modified under CC from the BadAstronomy Flickr page. Thanks Phil!