This week is another three person episode! Chris & Migthyohm Jeff are jury-rigged up in a hotel room at the ESC conference.

Chris recording in the Hotel room at the Hilton: 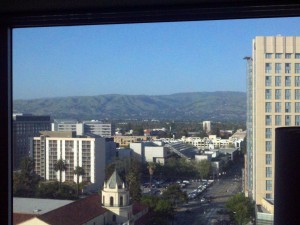 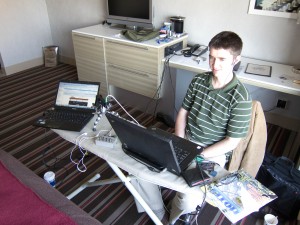