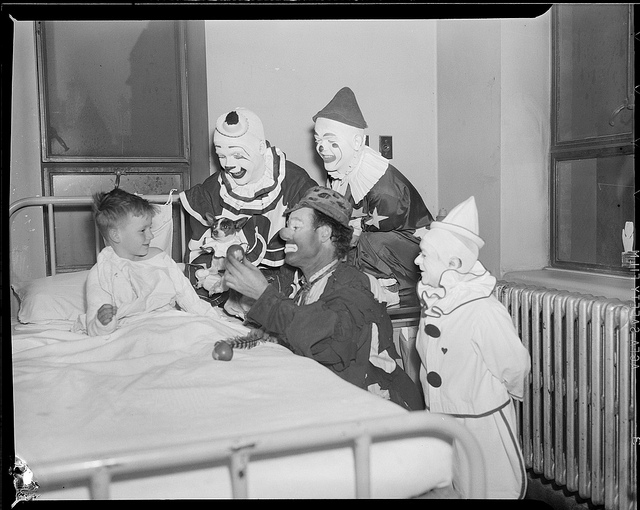 Dave is under the weather this week, but we did a show anyway. How’s THAT for dedication?

Thanks to the Boston Public Library for the somewhat creepy clown picture.