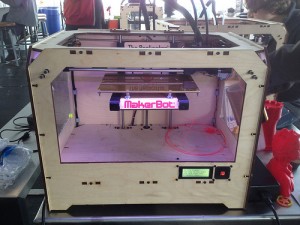 Well, we’ll see how the server holds up this week. Don’t be afraid to give us a shout when the server is down, either by email or twitter. Until then, try out the new comment system (installed per some of the requests in the feedback from all of you)!

Thanks to retrocactus for the MakerBot photo