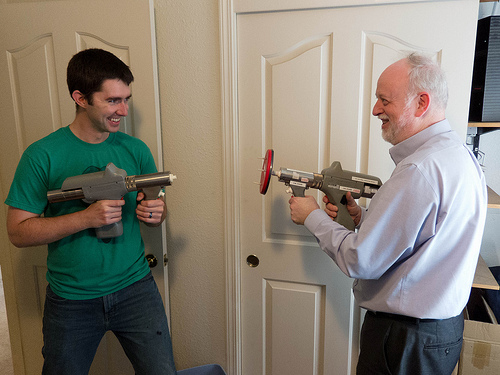 (Philip and Chris face off with ESD guns before Maker Faire)

Thanks to Philip for taking the time to share about his experiences! We hope to have him back on in the future to talk more about what he’s been doing since his time at Xilinx.

Thanks to MightyOhm for the picture of Philip and Chris.