You are here: Home / Guest Appearance / #260 – An interview with Ariel Briner of Cartesian Co 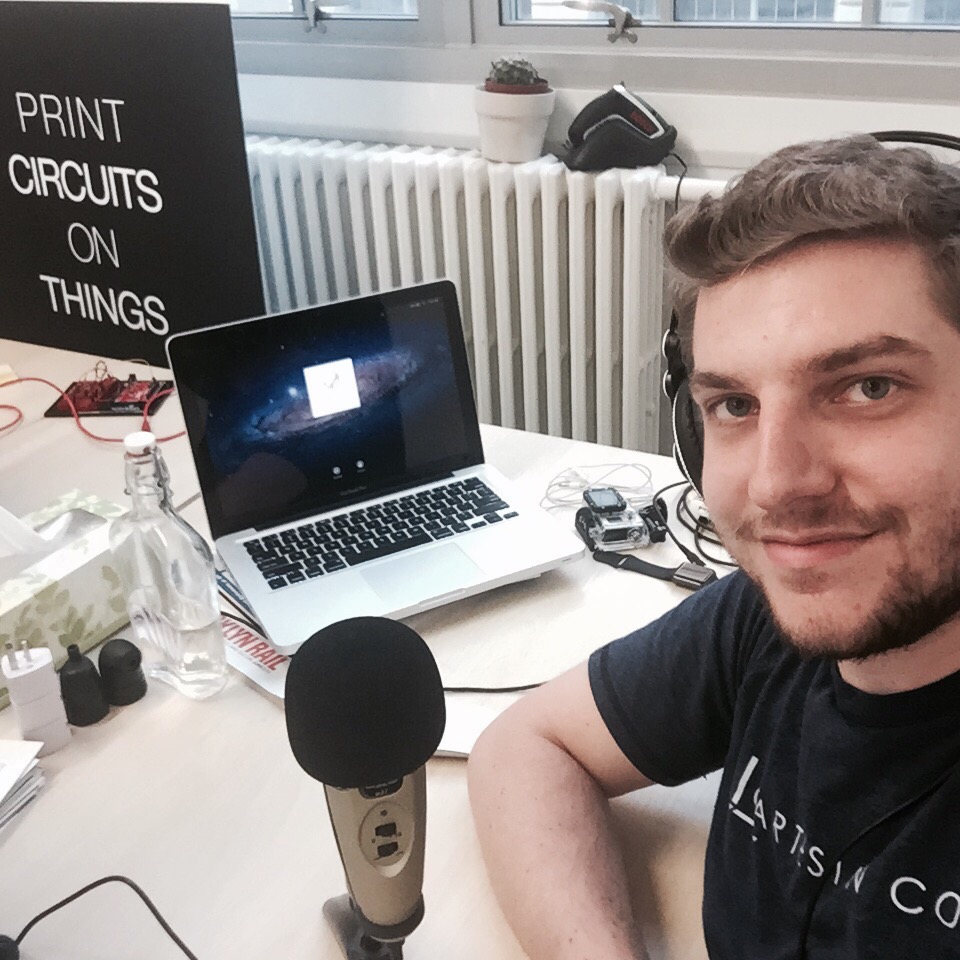 Many thanks to Ariel for telling us more about circuit printers. It seems like the desktop technology has some fun years ahead. Chris is looking forward to getting his skin printed on and eventually getting a Cartesian chip printer.