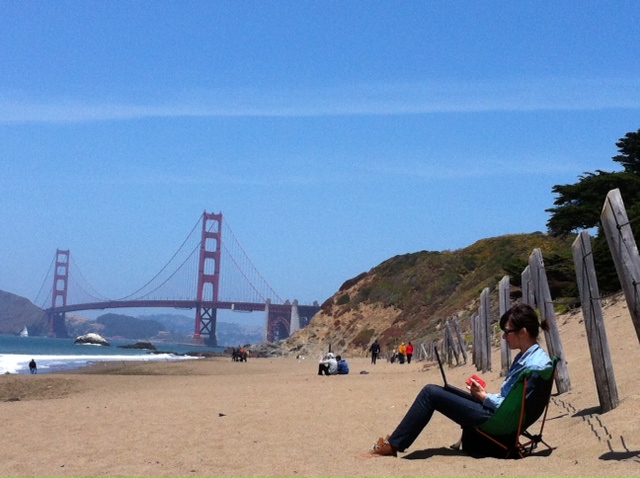 Welcome, Nadya Peek! (the picture above is her ordering PCBs while on a beach)

You can find Nadya’s work on her website, Infosyncratic.