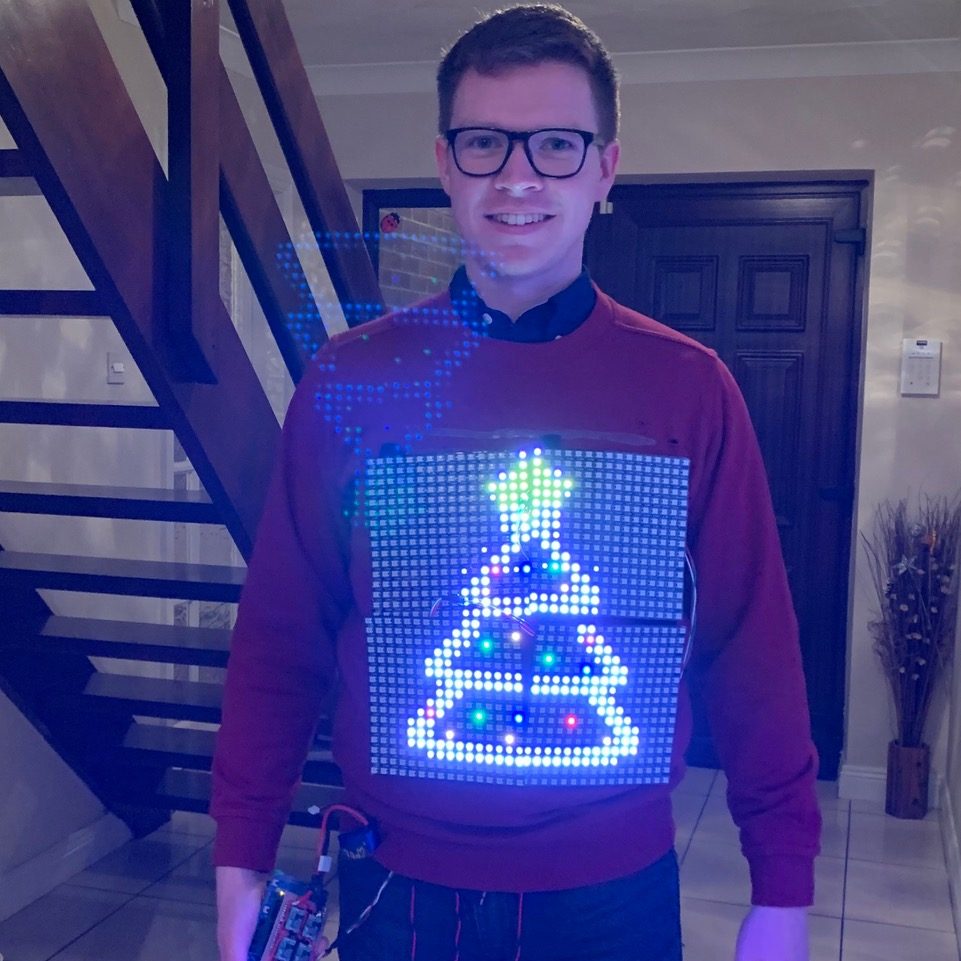 The 5 small sections down the middle are the ROSCs, the big block in the middle is the synthesised digital (mostly very expensive decoupling cap, with some digital that you can see as a messy glob in the mid-right), the bottom is a 100 ohm termination resistor & the clock buffer. 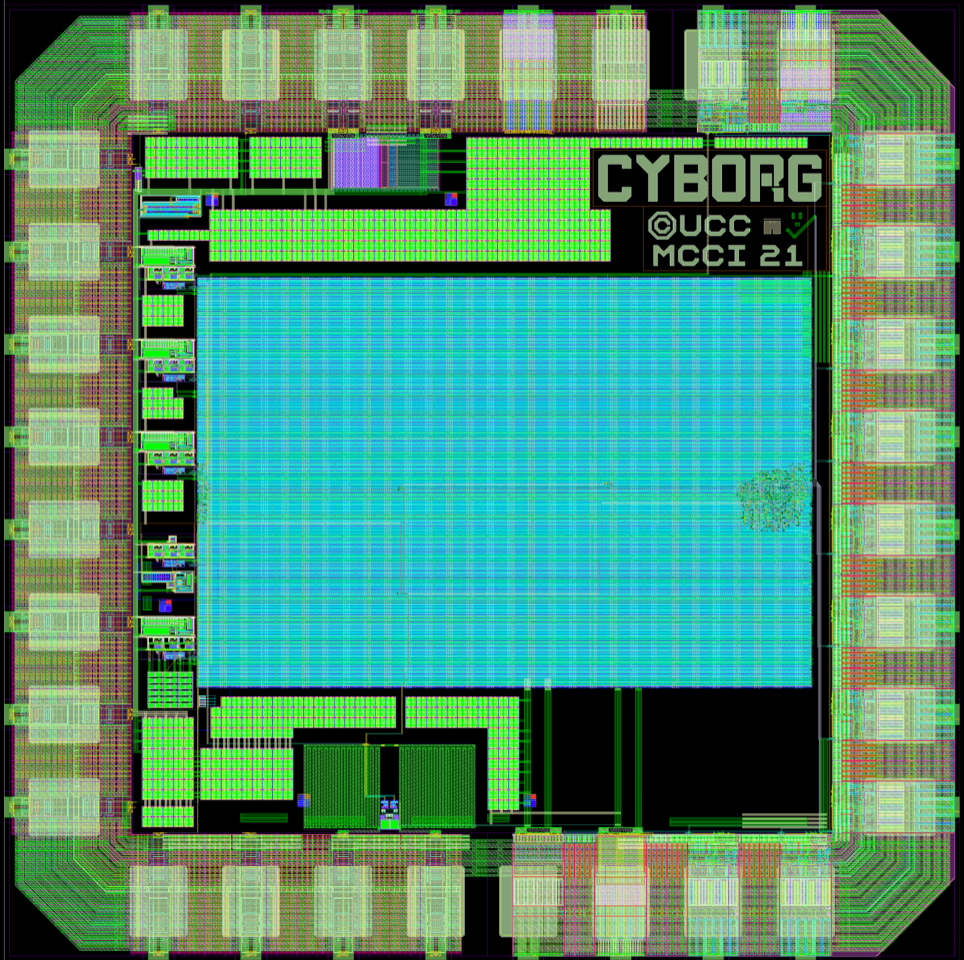 On the die micrograph, you can see the density fill pattern we discussed (small squares). These are on the ~order of the wavelength of light, so they cause the diffraction pattern seen also. The bigger wires you can see are the power distribution network. You can also see the split between analog (left) and digital (right) on the IO ring to separate the power domains. If you REALLY zoom in, you can see different colour shading in the green regions (look in the ROSCS and CLK buffer); These are transistors. 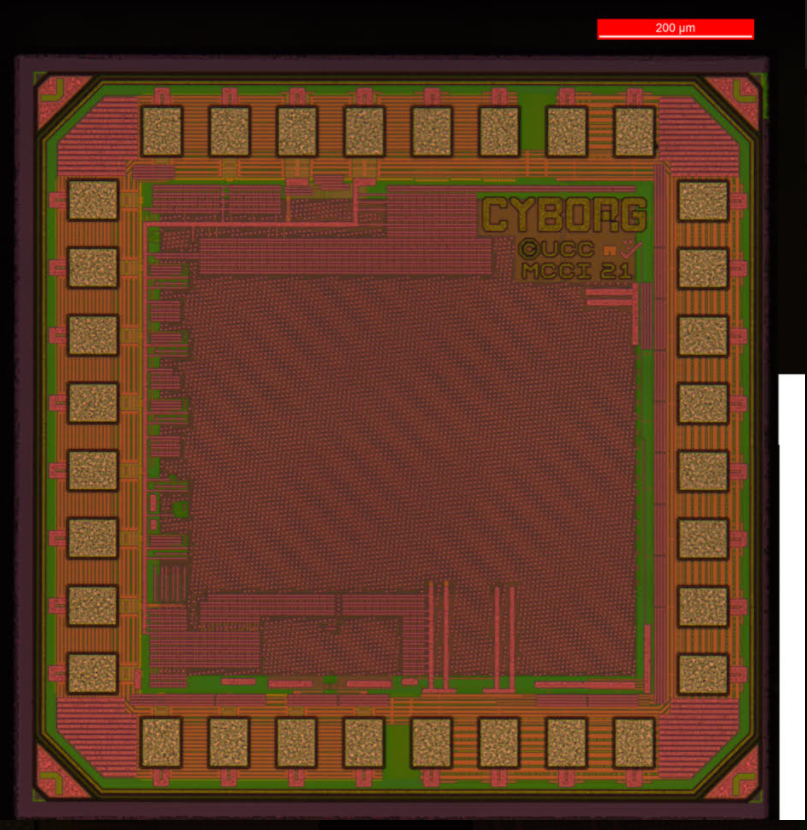