You are here: Home / Guest Appearance / #473 – An Interview with Greg Davill 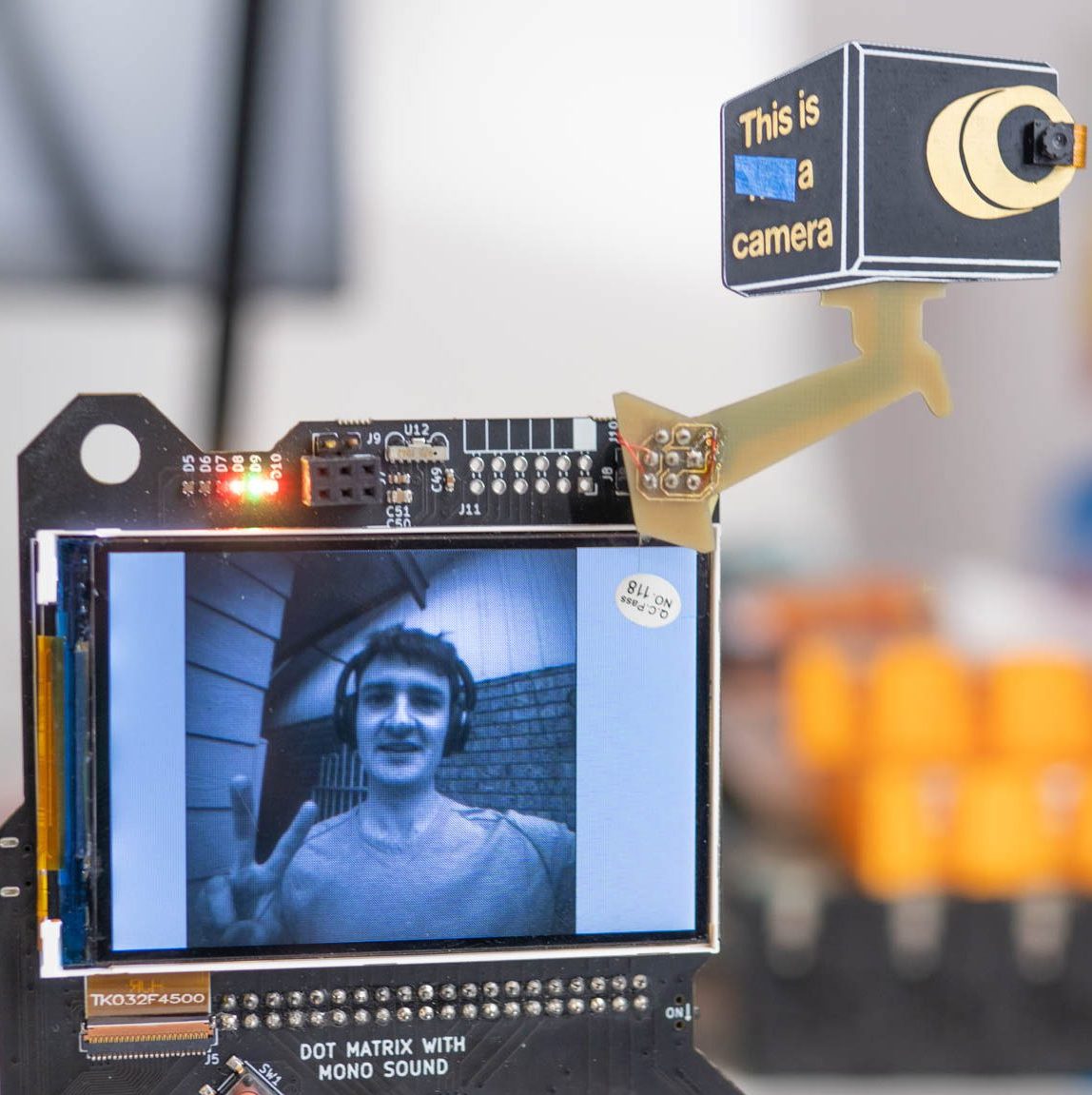 Welcome once again to Greg Davill!

I've been having fun de-layering PCBs. So I thought I'd try out one of my own.

These are the panels on my LED d20. Each panel has driver circuitry for driving a 16×16 RGB matrix, but there are only 120 LEDs on the front in a 15 wide, 15 tall equilateral triangle. Fun to route. pic.twitter.com/eJ6coWJONS

Well I guess I'll just throw my LED polyhedra in the trash now! 😅

Pretty easy to track down 😁 https://t.co/PFlunK4HfQ

This is all setup to use 6pin FFC cables between the panels to make assembly easier and to reduce wiring difficulties inside the 3d printed enclosure.

This method of LED driving has the advantage of being much lower power and MUCH cheaper than a solution using "smart" LEDs. pic.twitter.com/TunF5cB5w3

The controller board is also custom, it features a SAMD51 for generating pixels values/animations. Also an ice40 FPGA to handle driving 4 sets of 5-panel long strings.

This lets me hit an update rate ~120hz on the panels from the framebuffer, and 40-60Hz update of that buffer. pic.twitter.com/8NjOwffhQX

I bought myself a nice solder-paste squeegee.

I probably could have found one a bit more size appropriate for the boards I build >_< pic.twitter.com/DBKidwuIHX